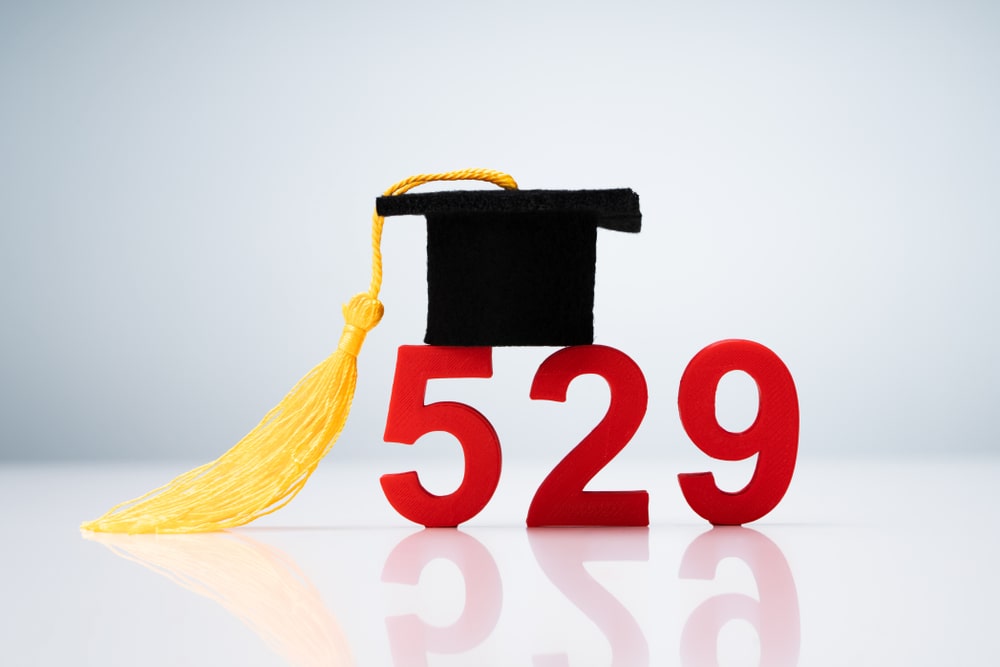 As one of the most popular tools for funding a college education, the 529 plan is often considered by parents looking to plan for a child’s future. These tax-advantaged investment accounts offer a variety of benefits that make them especially attractive to families of all backgrounds, but those benefits are counterbalanced by restrictions on how the money is invested and used. If you are considering a 529 plan, you may be wondering whether there’s any benefit to opening multiple 529 plans – and, indeed, whether it’s even possible to do so. Below, we’ll look at what limitations these plans impose and answer the question, “Can you have more than one 529 plan?” Keep reading to learn more.

The Rules About Having Multiple 529 Plans

As with any account that boasts a tax benefit, there are rules surrounding the setup and use of 529 plans, including a few that address the question of having more than one 529 plan. To begin with, let’s be clear that it’s absolutely possible to have multiple of these plans, whether within the same state or across several states. However, there are a few things to consider before enrolling in several states’ programs.

Firstly, it’s important to note that every state sets its own limit on how much a particular beneficiary can have tucked away in 529 plans; to check whether you meet this limit, you’ll generally have to combine the balances of all your 529 plans, so having more than one 529 plan for the same child in the same state doesn’t mean you’ll get to bypass the limit on maximum contributions. Of course, because the rule is applied on a per-beneficiary basis, you could always have one plan for each child, each of which would have its own individual limit, so parents with multiple children won’t need to worry about restricting the number of accounts they open.

But, can you open several 529 plans in different states? Again, the answer is yes, you can, and there may be a number of benefits to doing so (which we’ll explore in the next section). Keep in mind, however, that many of the tax advantages of 529 plans are often state-specific, so you may not be able to reap the same benefits from out-of-state options.

Are There Benefits to Having More Than One 529 Plan?

Although one 529 plan may seem like enough – and often is enough – there are times when it could be helpful to have more than one 529 plan for a particular beneficiary. One of the key questions when looking at any plan is what expenses the account can cover; prepaid tuition plans are generally limited to tuition and fees, so having an education savings plan (or ABLE account, when applicable) can allow for more flexible coverage.

In addition, each state creates its own version of the 529 plan, complete with unique investment options, performance stats, and fees. By looking at what another state has to offer, you may be able to identify plans that are better for certain objectives than others; for instance, one state may excel at providing consistent returns on aggressive investments, making them an ideal option for parents saving for college on a short timeline (such as when a student is in middle school or high school), while another may have a better track record with long-term age-based portfolios.

Because you can go out-of-state for your 529 plans, you have a long list of options to choose from, and there’s no harm in weighing those options and ultimately deciding on more than one 529 plan. That said, remember that 529 plans work based on compounding interest, meaning that the more you contribute to a particular plan, the more it will earn. In other words, splitting your contributions among multiple plans may actually hurt your overall gains.

Luckily, account owners who open more than one 529 plan can often roll over the funds in one plan into another, and some states even count that rollover as a tax-deductible contribution. This allows parents and family members to move money out of a plan that isn’t working and into one that is. However, some states don’t count rollovers as contributions, so check the policies of the individual programs you’re considering before planning for an eventual rollover.

How to Open More Than One 529 Plan

Each time you want to open a 529 plan, you’ll have to go through a few steps, although the overall process isn’t all that complicated or time-consuming – especially when you handle your enrollment through the free Sootchy app. In essence, you’ll need to provide the contact info and Social Security numbers of both the account owner and the beneficiary, plus some basic information about any successor account owner you might want to name.

Then, you’ll need to furnish the plan administrator with the bank account and routing numbers for the account you’ll send your contributions from; you may also need to make a minimum initial contribution, depending on the plan. Finally, you’ll choose how you want your contributions invested, after which your account will be all set. Follow this process for each of the 529 plans you wish to open – with the exception of some advisor-sold plans – but know that certain details (like minimum contributions or investment options) vary from state to state.

Whether you’re a new account owner enrolling in their first 529 plan or an experienced investor opening a 529 plan for the fifth time, you’ll have a lot to consider when starting your account, including whether you want to have more than one 529 plan. Regardless of the answer to that question, our free mobile app can make the process simple and easy. To open a new plan, manage an existing account, or invite friends and family to contribute to your child’s future in a quick and convenient way, download the Sootchy app today.